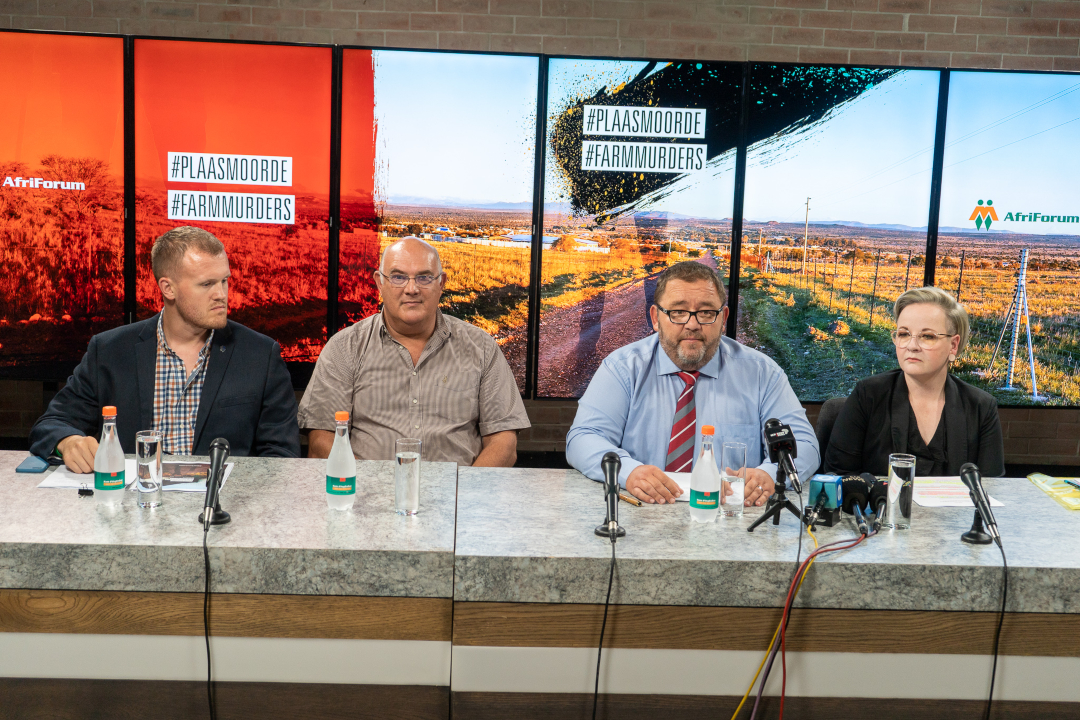 The civil rights organisation AfriForum and the family farming organisation Saai released and discussed AfriForum’s 2019 statistics on farm attacks and murders at a media conference today. It seems from the data that AfriForum collected on this issue that farm attacks increased last year by more than 100 incidents, although the number of farm murders showed a significant lower increase (three cases).

“AfriForum’s data shows that rural communities are starting to fight back and become more prepared. It is clear that we cannot count on government to introduce measures to safeguard rural communities. It is therefore very important for people to know how to protect themselves. The significant increase in farm attacks in 2019 proves that the police does not have the capacity or power to prevent violent crime on farms. This means that you will most probably have to rely on yourself in case of a violent farm attack. To facilitate this, AfriForum established 150 community safety structures (with more than 12 000 active safety members) across the country who cooperate. AfriForum also offers safety training to its members to help them to be more prepared. If you can defend yourself, you can defend your family; if you can defend your family, you can defend your neighbours; when neighbours defend each other, they defend the community,” says Ian Cameron, AfriForum’s Head of Community Safety.

The organisations are also concerned about the incidents of rape, which increased in 2019. “The police and politicians regularly speak out against the crisis of violent crimes against women and children in the country; yet it increases year after year. A responsible, well-trained and law-abiding woman with a firearm on a farm levels the playing field against any rapist, even if he is double her size,” Cameron says.

According to Dr Theo de Jager, Chairperson of the Board of Directors of Saai and President of the World Agricultural Organisation, there is a clear lack of political will to prevent farm attacks. “Crimes against family farmers are not unique to South Africa, but the nature and the provocation of violence distinguish the country from others.”

“Within this context, Saai drafted a resolution to protect family farmers and that calls on state parties to fight crimes against family farmers. Saai has already started an international campaign to raise support for this resolution and will campaign for the resolution to be tabled at the UN’s General Meeting in September 2020,” De Jager says.

Although the SAPS has started publishing statistics on farm attacks as well as farm murders over the past few years, it remains important for organisations like AfriForum to continue collecting information on farm attacks and murders so that the SAPS and government can be held responsible. “It is important that organisations like AfriForum and Saai fight this epidemic on national and international level in a bid to try and ensure that rural communities are afforded the necessary support and protection to ensure their free, safe and prosperous survival,” Cameron concludes.